I'm a writer and editor 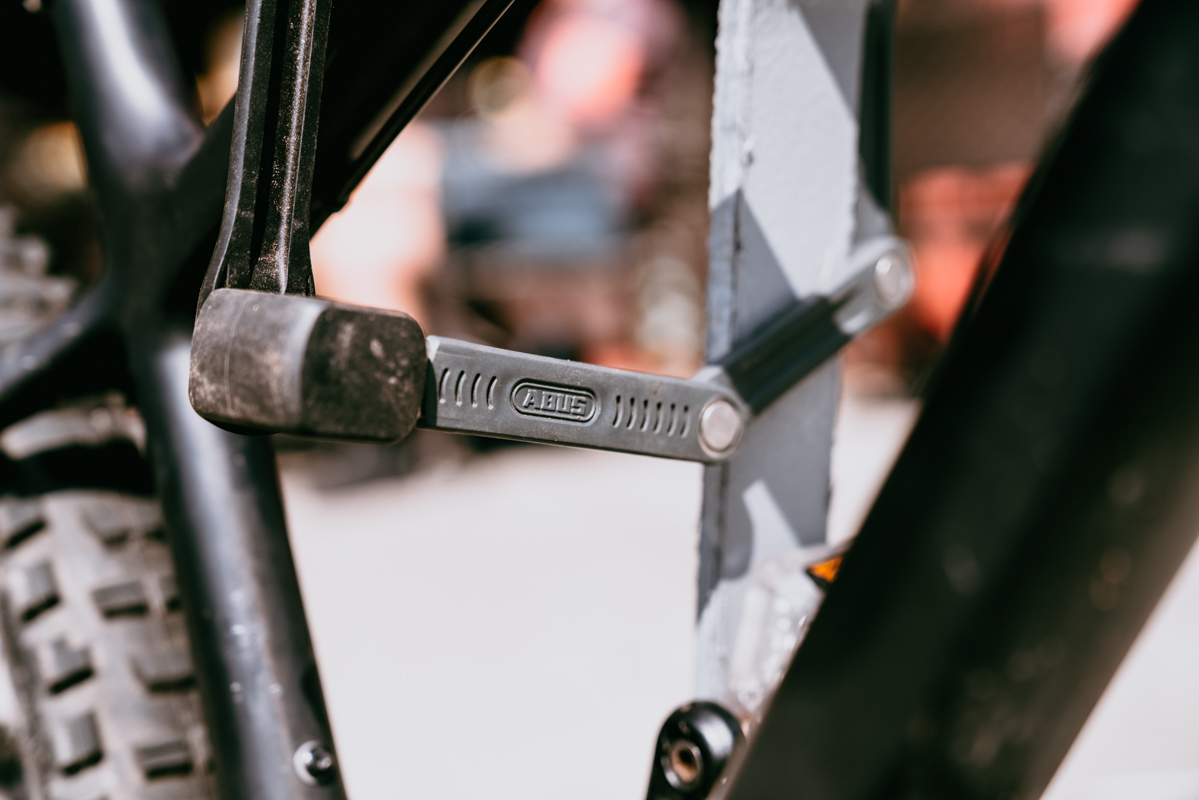 Where do you want to ride in your one wild and precious life? – Sponsored

I bought my first mountain bike back in 2000. I was just starting college and wanted a bike I could get around town with, but also use to explore the dirt roads, arroyos, desert expanses and mountain trails of my new home in Santa Fe, New Mexico. I didn’t really understand mountain biking as a sport, but definitely wanted something that felt as wild and spirited as I did at 17. It was just a step or two above entry-level, a fair bike for my budget, and it opened up my world to the giants and ... 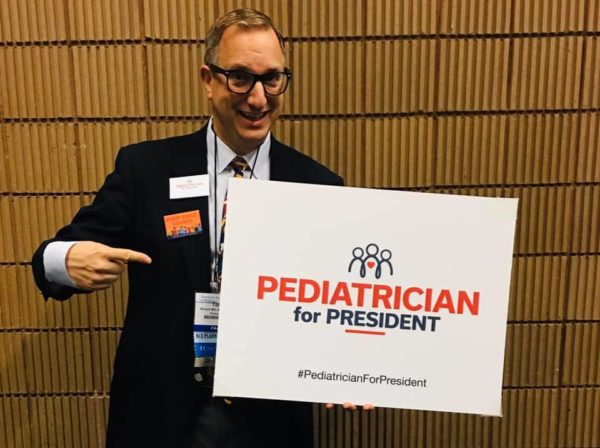 Every election season, voters brace themselves for the hostility, aggression and fact-bending that comes up in rallies, debates and ads. One candidate, the dark horse in the running, is forging silently ahead with a campaign promise of reason and kindness. His name is Pediatrician For President.
He doesn’t have a budget, so his rally route is aligned with the personal travels of his campaign manager, Dr. Todd Wolynn, CEO of Kids+ Pediatrics. He looks almost exactly like Pediatrician For Presi... 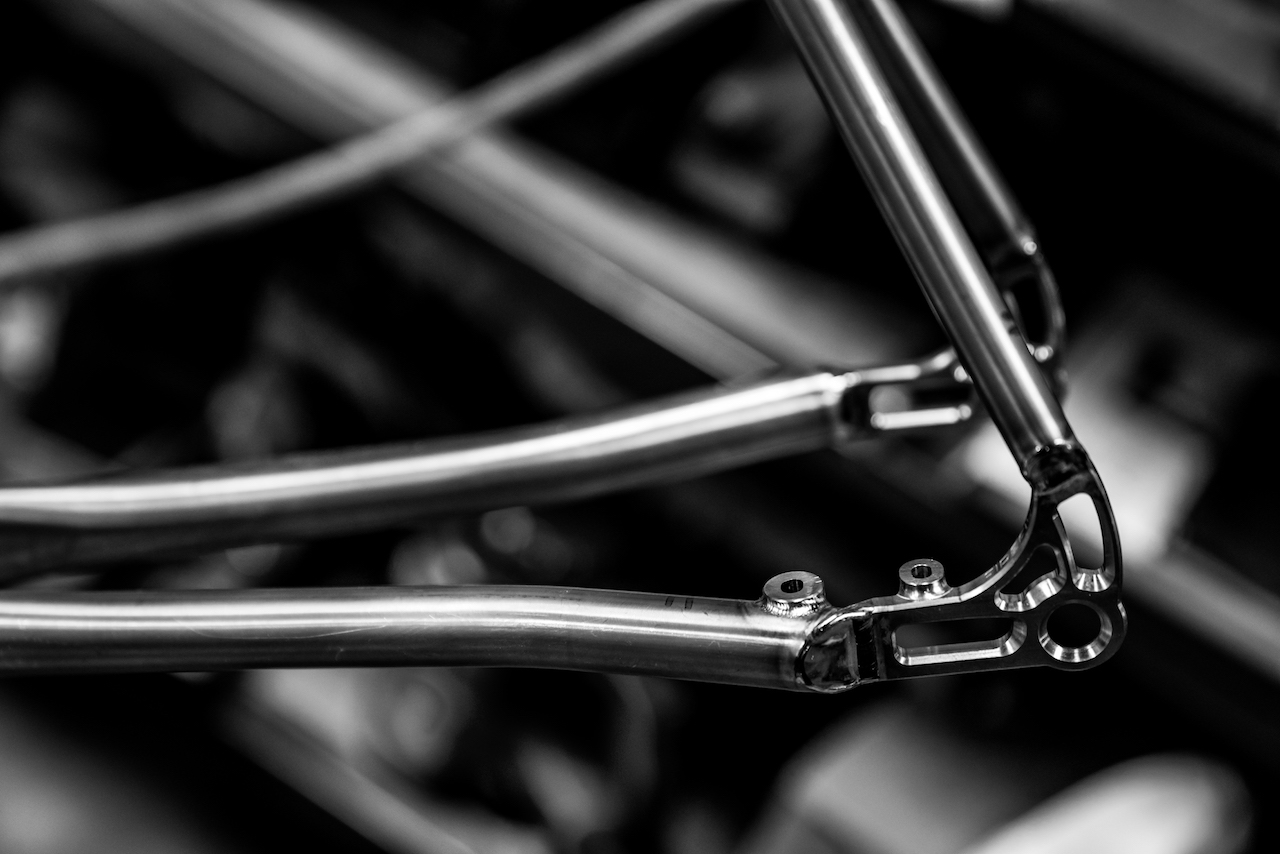 Titanium Grit: In The Studio With Firefly Bicycles

Editors Note: This story originally appeared in issue 209 as part of our new column “Fast and Loose.” Like what you see? Become a subscriber to help support independent mountain bike journalism and have Dirt Rag delivered to your door!

It’s easy to miss, but tucked in a warehouse space in Boston, Massachusetts is the fabrication studio of Firefly Bicycles. The location is a perfect secret hideaway for continuing the city’s deeply rooted tradition o... 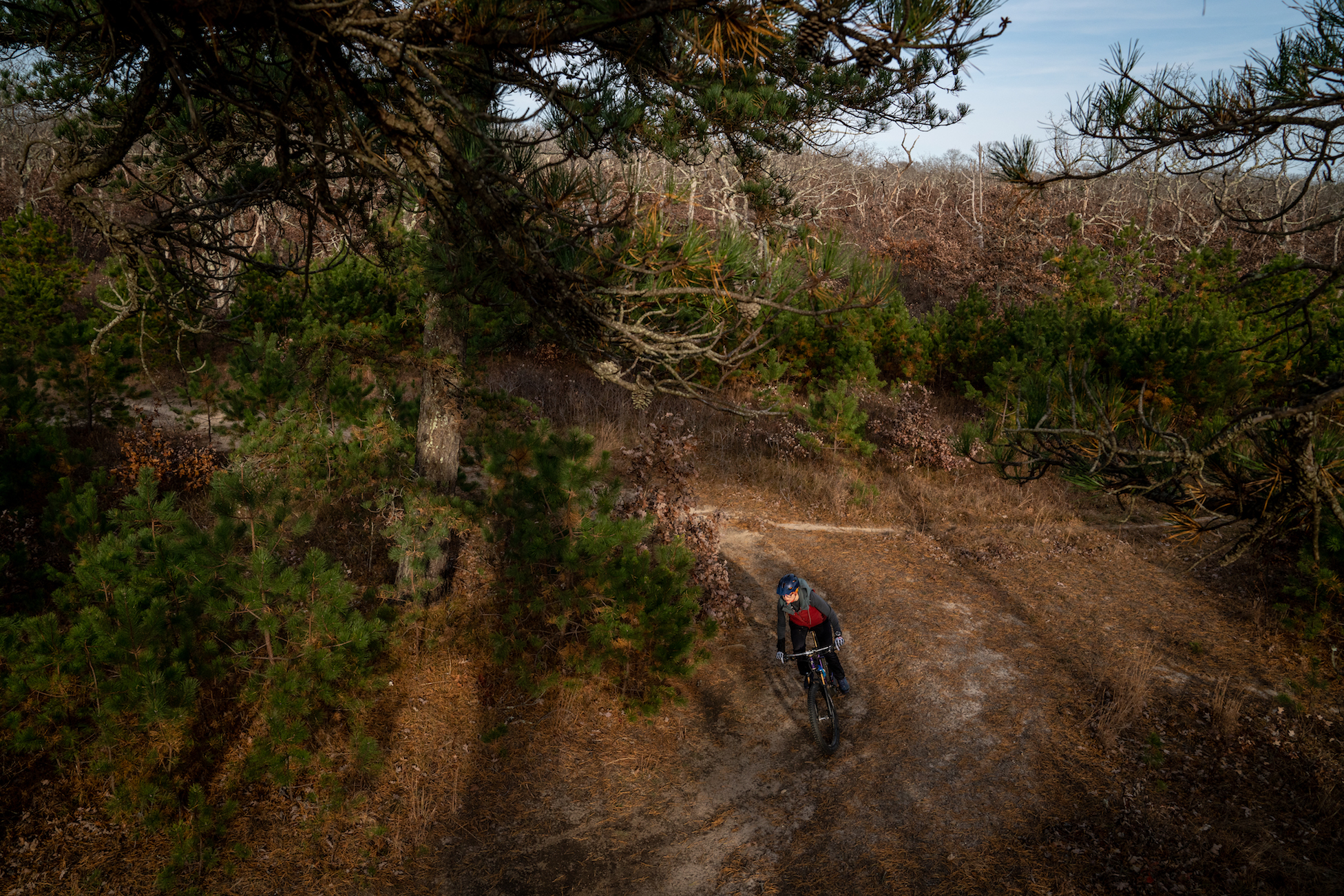 In Print: Hearing the Whale Song on Martha’s Vineyard

Editor’s Note: This story first appeared in issue 209 of Dirt Rag Magazine. Like what you see? Subscribe now to catch issue 212, currently in the works.
The original run of this story neglected to mention some very helpful heroes who made this trip happen. They were mentioned in essence — the ferry was mentioned, for example, but not the ferry company — so this online version has those companies highlighted, and they are also listed in our Chewing the Fat section of issue 210: Martha’s Vineya... 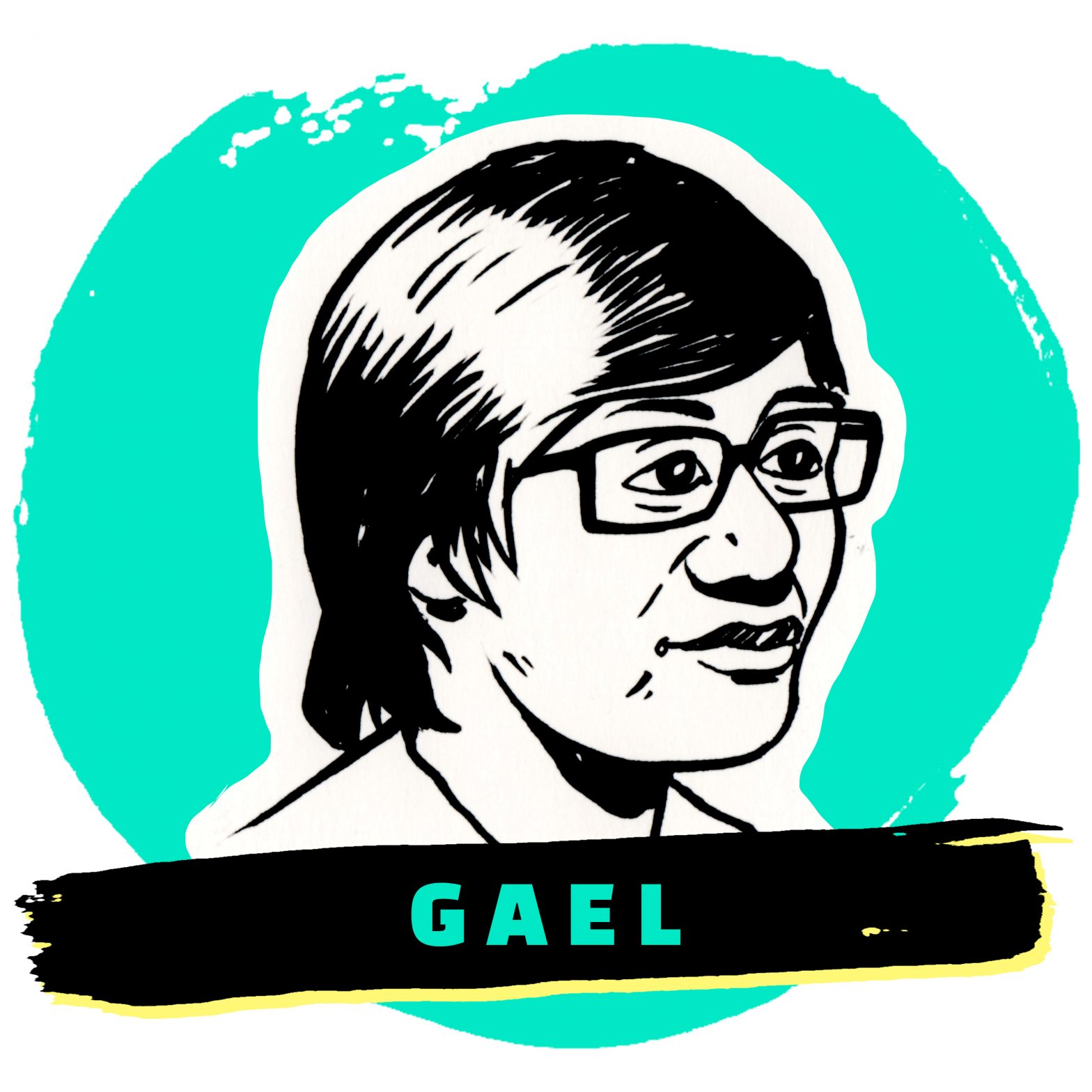 In Print: Our Once and Future Sport

Editor’s Note: This feature first appeared in issue 210 of our print edition of Dirt Rag Magazine. Like what you see? Subscribe today to catch issue 212, in production now and soon to set sail.
By Carolyne Whelan, illustrations by Stephen Haynes
Anissa Lamare may be the only female downhill mountain biker in India. She certainly hasn’t ever seen another woman at any of her races, and neither have any of her friends. When Lamare competed in her first race, back in 2013, she showed up to the co... 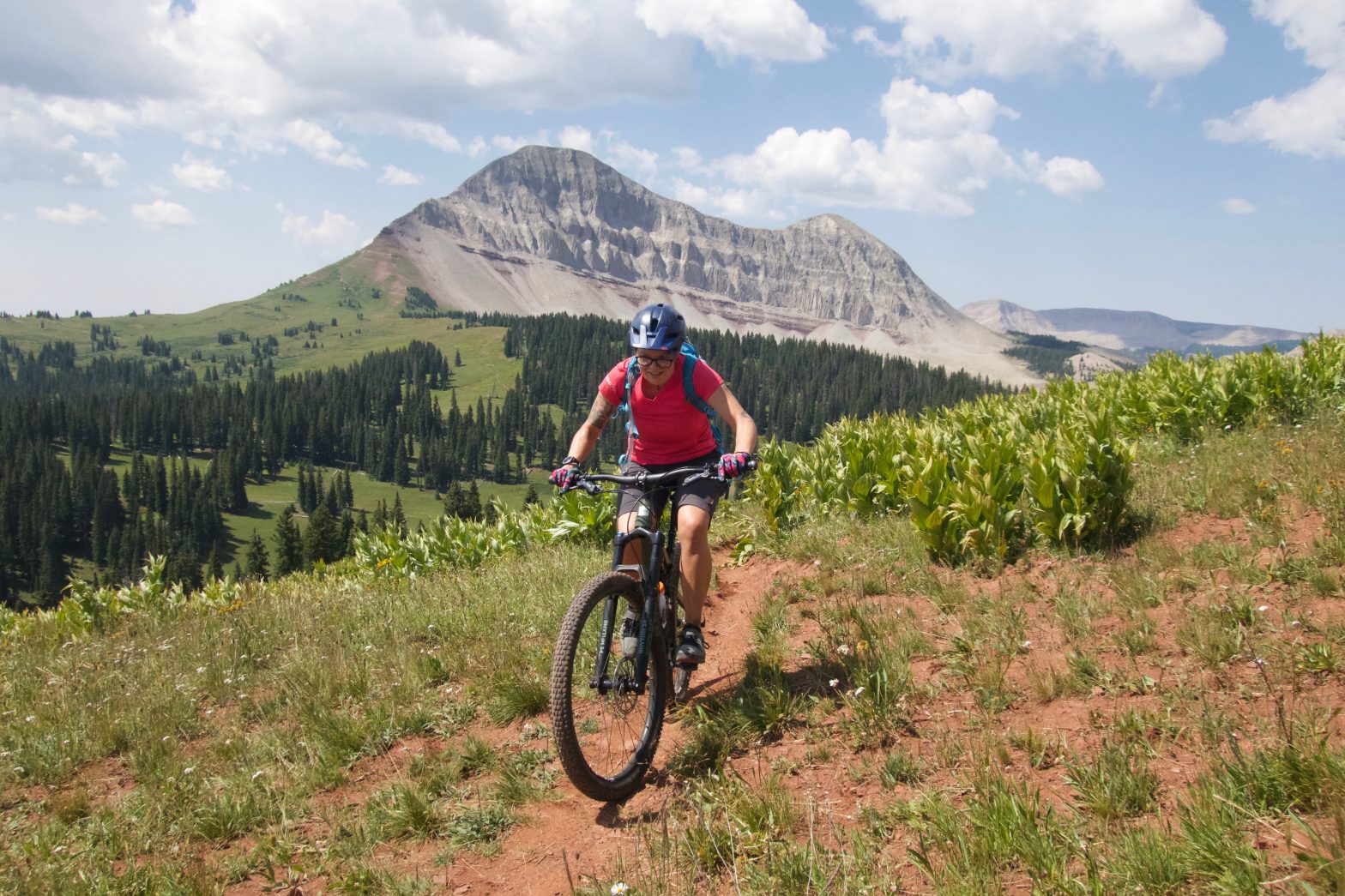 In Print: Making Do on the Colorado Trail

Editor’s note: This article originally appeared in issue 208 of Dirt Rag Magazine. Like what you see? Subscribe now at dirtragmag.com/subscribe to catch issue 211, coming real soon.
by Carolyne Whelan
When Rim Tours invited me along for their Colorado Trail guided trip, I was warned that it was “advanced,” due largely to exposure and elevation. What does “advanced” mean, anyway? I’ve been riding trails for over 11 years, and I’ve ridden exposed terrain at elevation before and didn’t die. So h... 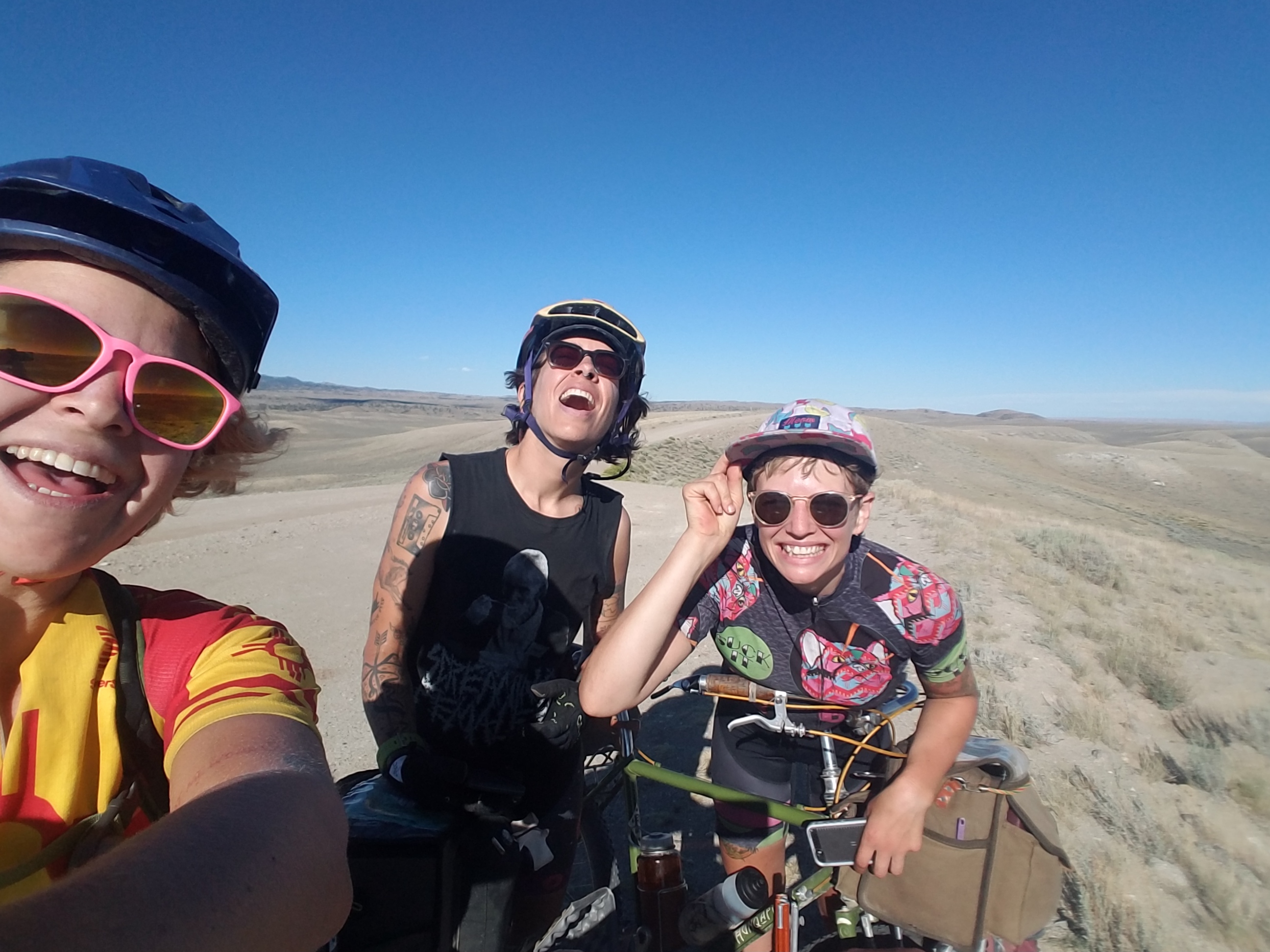 In the ideal story of three women traveling together, we meet and bond like sisters, sync our cycles and have a great vacation with great hair and limited turmoil. But in the real world of real adventure with real women, there is a lot of strife and legitimate danger. We encountered bears, wolves and Canadian lynx on our ride. There were steep cliffs and food shortages during 500-mile stretches between towns. There was the risk of serious injury from crashing or overuse.

There's a palpable tension between King Coal and those tasked with preserving its history.
The following is an excerpt of Carolyne Whelan's essay "King Coal and the West Virginia Mine Wars Museum," from the new book Voices from the Rust Belt, edited by Anne Trubek (Picador, April 2018), available for purchase from Picador, Amazon and IndieBound. Copyright © 2018 by Anne Trubek. All rights reserved.
Wilma Steele sits on her screened porch and watches the last of the apples fall from her tree. ... 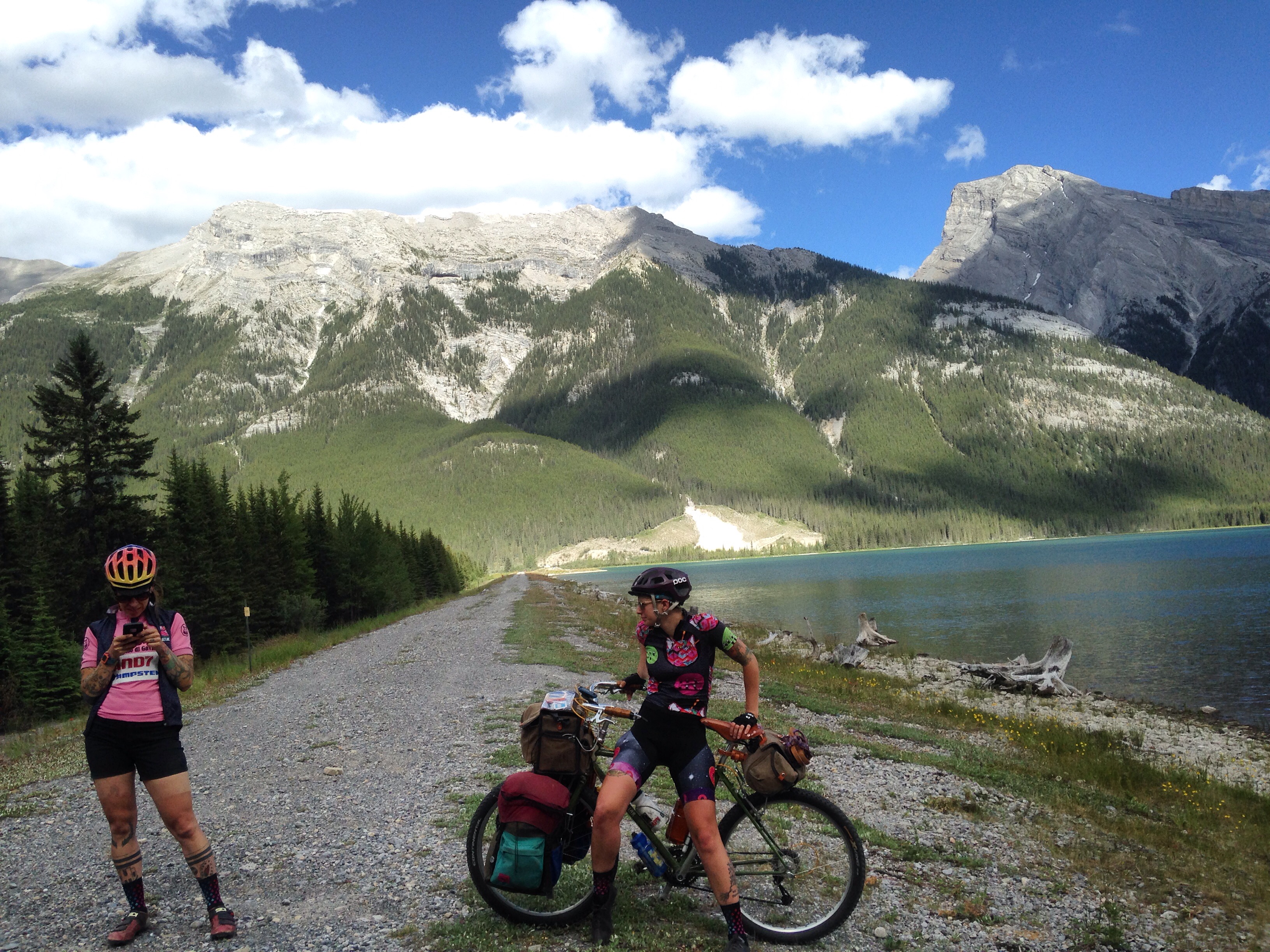 A cyclist reconsiders her stance toward public lands 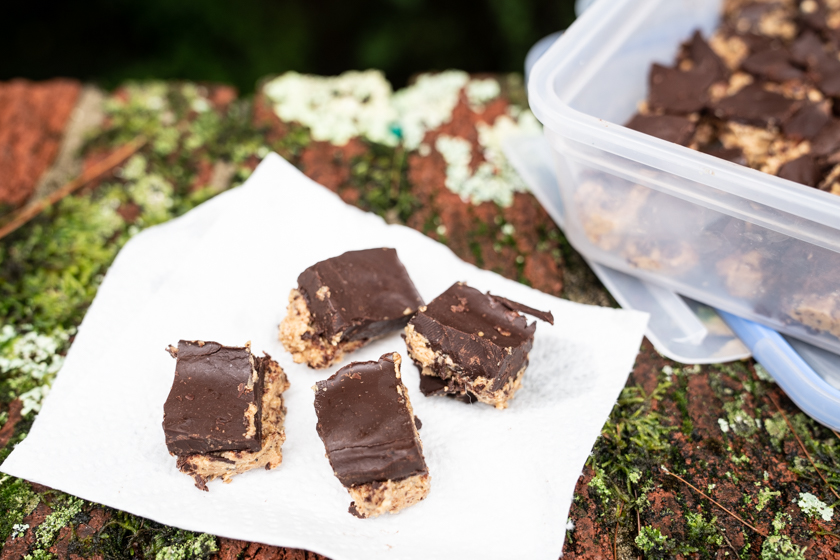 When Justin’s (the nut butter company) emailed us about sending over some samples, we envisioned a mid-morning project with the office kiddos, lazily moving around in the haze of summer and excited to get out into the woods behind Dirt Rag Headquarters. It would be so fun, so nutritious, a learning and bonding opportunity for everyone! We would take these snacks out to the trail, ride for a while our favorite singletrack, then stop in a shaded clearing, maybe near the dog park to watch the We... 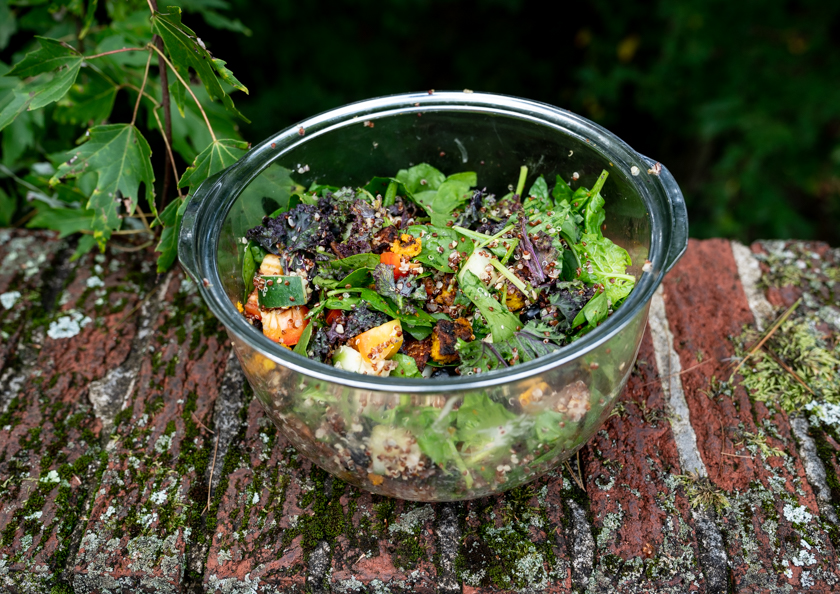 As a culture, we Americans tend to put a lot of focus on the external healing of a wound or injury. We bandage, splint, cast. Eventually, maybe, we venture into the realm of physical therapy and/or yoga. But our beautiful, complex bodies are doing so much work on the inside to heal what’s broken that it’s worth taking a look at how that’s done and what we can do to help ourselves help our cells.
First and foremost, keeping up with electrolytes is very important. Humans are living, breathing, ... 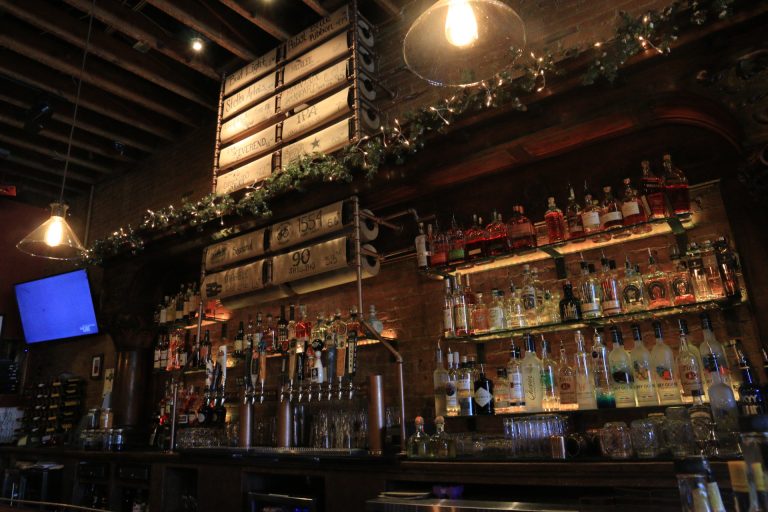 Durango is the kind of town where all the bike racks are full. You’ll be hard-pressed to find any regular ole commuter bikes with ergonomic grips, rear racks, and 700 x 38cc tires. I found myself ogling like a bicycle fiend, checking out the antique Specialized Hard Rocks, Clark Kents, Kleins, and Rocky Mountains leaning casually outside a bank or barber shop. If it wasn’t some classic, near-museum quality bike then it was a $7,000 full suspension bike, most likely a Pivot, Yeti, or Liv attac... 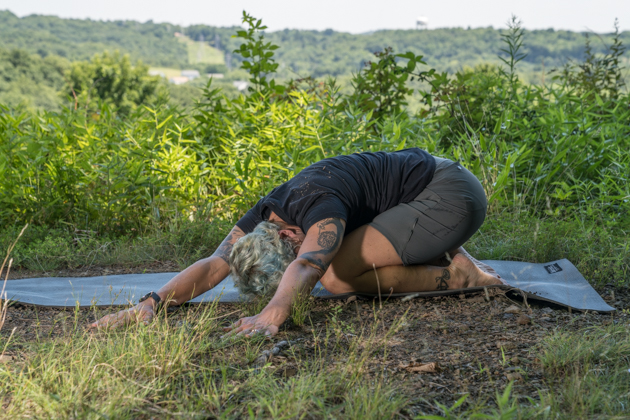 Yoga for Back Health

In 2011, I broke my tailbone on a bike ride. Combined with a youth of contact sports, contact-with-ground sports, and general punk rock idiocy, I have the same spine diagnosis as my 95-year-old grandmother. But like so many mountain bikers who have eaten their share of dirt, I don’t let a little pain keep me off the trails. In addition to heeding the advice I read in issue 142 of Dirt Rag back in 2009 (reposted yesterday), I have a daily yoga routine that keeps me limber in my lumbar.
When my... 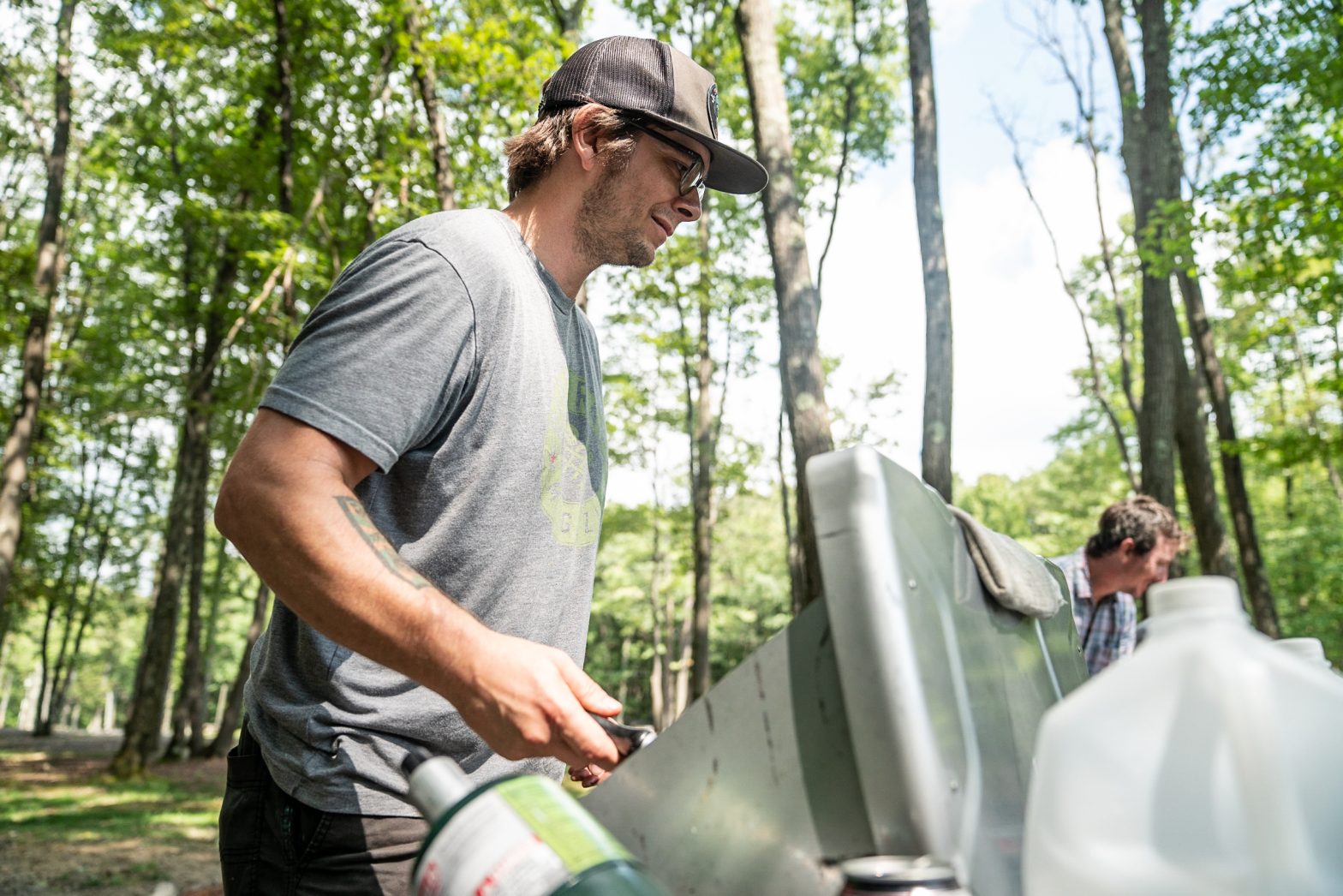 Editor’s note: This article originally appeared in issue 208 of Dirt Rag Magazine. Like what you see? Subscribe now at dirtragmag.com/subscribe to catch issue 210, coming real soon.
By Carolyne Whelan, Scott Williams, Stephen Haynes and Eric McKeegan
I don’t remember how the idea came to pass officially, but we were around the kitchen table, the place where all great ideas are birthed. I’m sure it was raining, which caused one of us to look out the window with that special mix of whimsy and l... 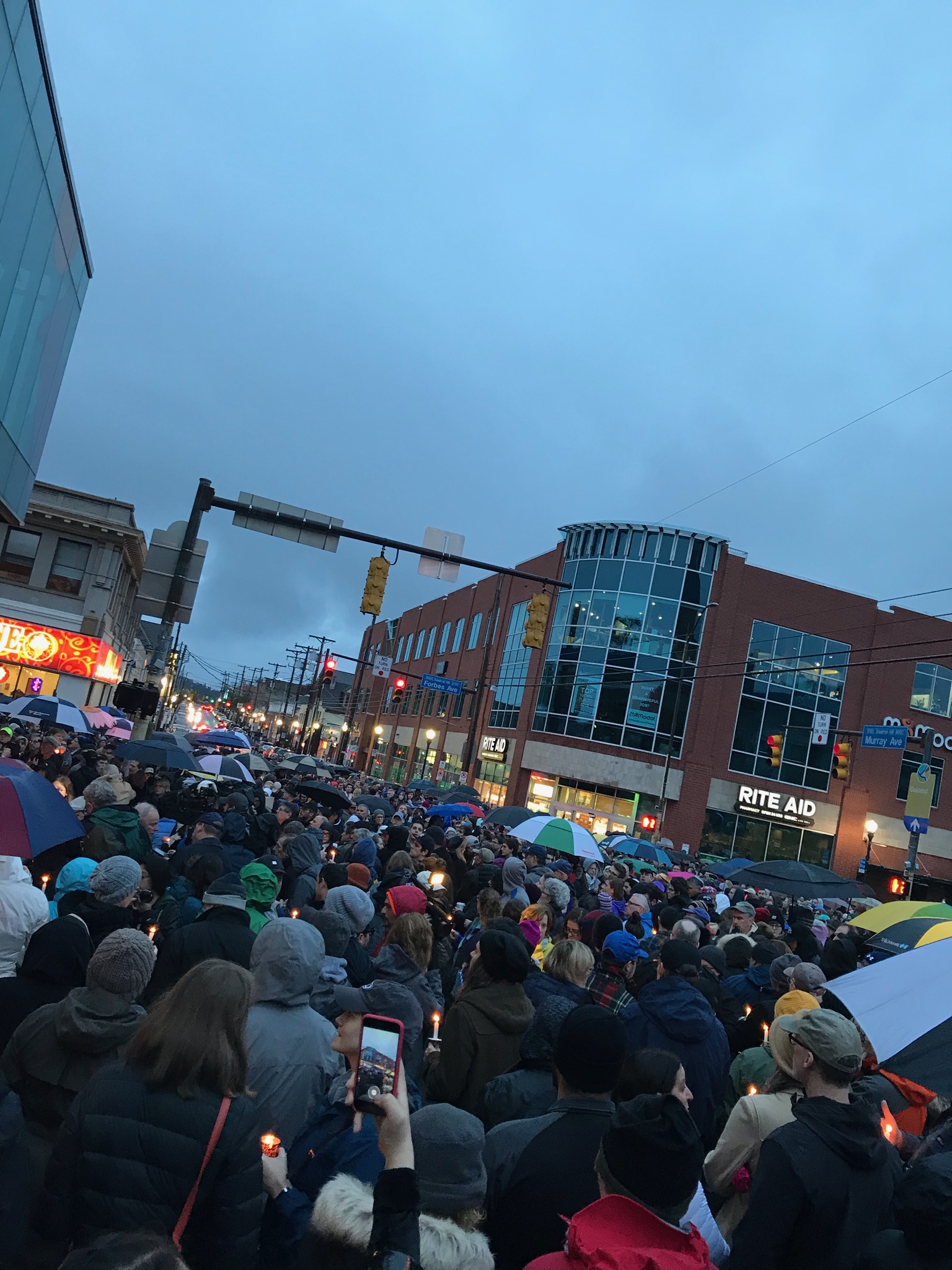 The first bike shop job I ever had was at a place called Rob N Charlie’s in Santa Fe, New Mexico. One of my wrenching mentors there gave me good advice when I began working on an expensive bike for the first time: “Consider the Hippocratic Oath: First, do no harm.”
That advice stuck with me as a general life model. It’s how I try to approach both bikes and relationships, trailside flora and fauna and the people taking my cash at the grocery store. But once you get past a certain point, once y...